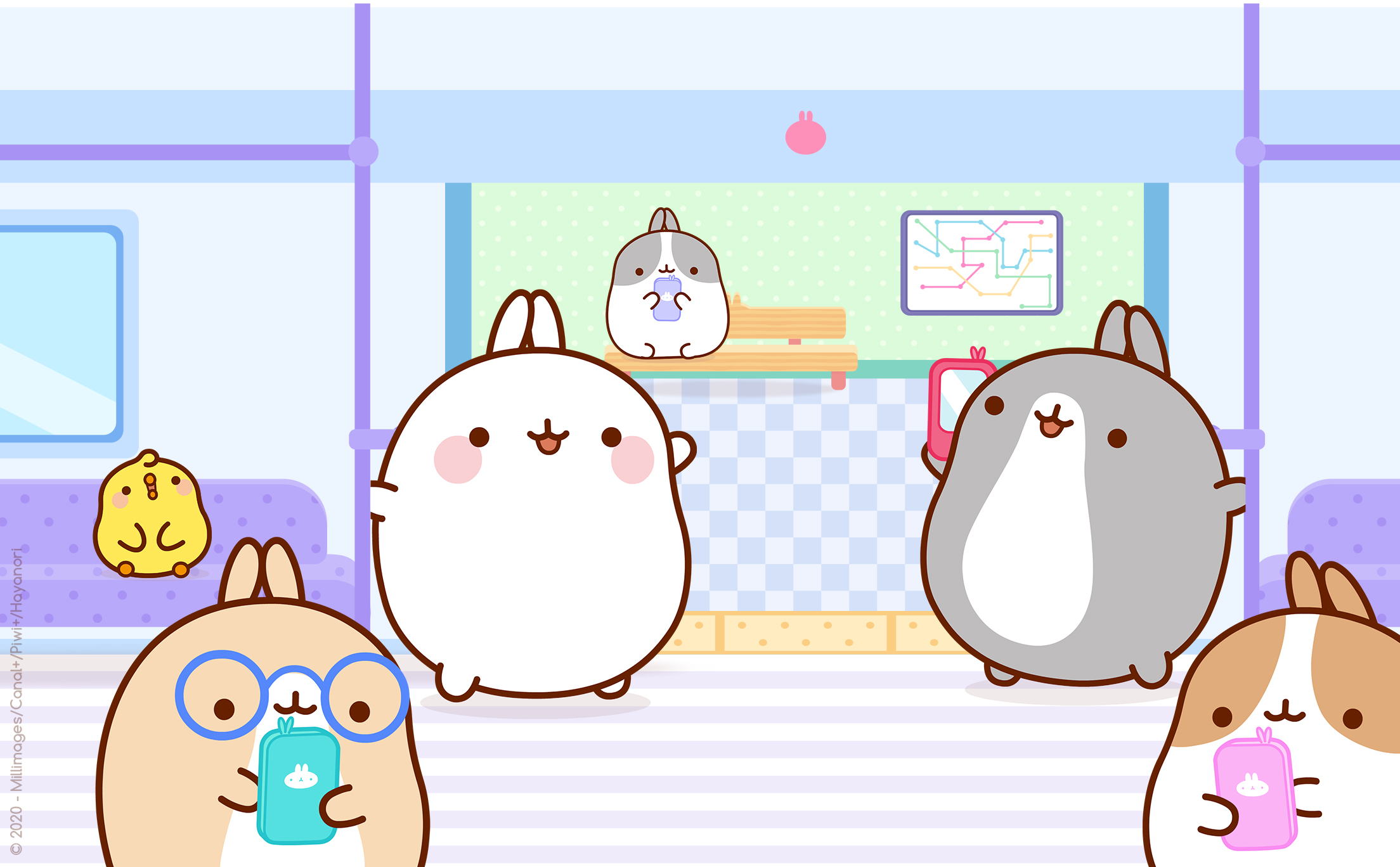 Millimages has started 2020 on a high note with its popular Molang brand – securing a key collaboration which will get the character in front of millions of commuters each month.

The French animation studio has signed an agreement with Korea Train eXpress and Airport Railroad Express in South Korea. From this month, passengers on both train services will have the chance to watch several Molang episodes during their journey.

In addition to this news, Molang has also been awarded Best Character of 2019 at the Korea Content Awards. The accolade – which was presented by Mr Moon Jae-In, President of the Republic of Korea – rewards the best original character of South Korea, with Molang’s international reach contributing significantly to the win.

The third and fourth season of Molang will be airing on public broadcaster EBS from this month, with the first two seasons also having been renewed by the Korean channel. The latest season sees Molang and his friend Piu Piu take their adventures further afield, from the Stone Age through to the royal court of Versailles.

Molang is also broadcast daily on Disney Junior in the territory.