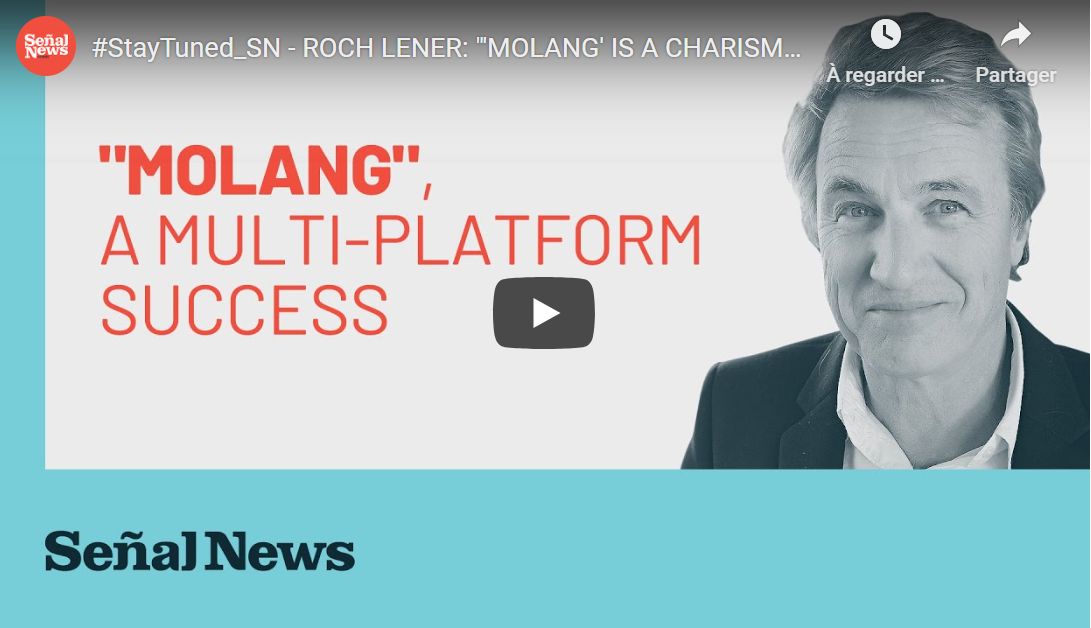 The Founder and CEO of Millimages explains the secret behind the company’s biggest success, “Molang,” an animation series for kids that is proving its worldwide appeal in every single platform, and has become a global phenomenon.

Millimages is a French independent animation studio based in Paris which develops, produces and worldwide distributes high quality family entertainment on all media. Having developed a huge number of movies, series and specials, there is no doubt that the company's biggest hit is "Molang".

This show, which presents a tender and comical look at the friendship between a happy and enthusiastic rabbit and a sensitive and shy chick, has had a massive worldwide success and has expanded its presence in every possible way, not only establishing itself as one of the audience's favorite children's shows today, but also as a powerful brand capable of adapting to television programs, toys, clothing and even video games.

For example, a couple of weeks ago “Molang” featured in “Animal Crossing: New Horizons,” a video-game with 13.41 million units sold in just six weeks, with a collection of five looks now available on the official shop. At the same time, the “Molang” music album is proving a huge success on all streaming platforms. In fact, the ten songs are being streamed more than 40,000 times per month on Spotify and 20,000 times on Apple Music.

“The secret of the success is Molang itself. I do not know why, but it is a charismatic character. If you look at Molang, at first sight people would understand that it is a nice character, it is obviously happy. It is about friendship and empathy too. All those components are in the DNA of Molang. Apart from that, the secret of the IP is that everything we are working on in Millimages is based on that DNA, which is happiness, friendship and empathy. Those three values are everywhere,”  said Roch Lener, Founder and CEO of Millimages, in conversation with Señal News.

The company has a very strong consistency about being true to those values, even from the beginning of “Molang” when, according to Lener, broadcasters found the concept weird. “Now people get it and like it. And they do so because basically, as human beings, what we are looking for in life is not money or success – it is happiness, friendship and empathy,”  he assured.

That DNA is also presence in social media, where Molang and his friends have also found a home. For instance, the official YouTube channel already accumulates more than one million views. Moreover, fans keep having fun using “Molang’s” filter on Facebook and Instagram, and since last May, the show’s website in French is already welcoming 10,000 visitors per month.

During these times of pandemic, when kids around the world were forced to stay at home for safety reasons, Millimages has experienced a significant growth in numbers on their different platforms. To leverage that increment and generate a positive impact, the company has produced a collection called “My Sweet Quarantine” with a lot of dedicated content about “Molang” that includes special posts, videos, DIY, and at-home activities.

“We have produced shorts about the Covid-19 and how to prevent yourself from getting the disease. Those shorts have been aired on most of the broadcasters and published in different places, such as the metro. More and more, Molang has taken part not only in the entertainment sphere of the people, but also in their daily lives. People send us mails saying that it is so nice to have a cartoon that helps us to be happy. That is the best compliment we can receive from our viewers,”  Lener expressed.

●  A TEAM THAT WORKS WITH PASSION

It is clear that no company has the exact formula for success in the entertainment business, but it is safe to say that Millimages is not far from having it with "Molang," which is just five years old and has a lifetime of success ahead. Behind it is a great team of people who are Lener’s pride for the passion they work with.

“Our teams are really dedicated to this project. It is a job, but it also goes beyond that, because it is a passion. There is something really exciting about working around ‘Molang’ in that goal. At the end of the day, the reason why we are doing this is, again, happiness, friendship and empathy,”  the Founder and CEO of Millimages concluded.