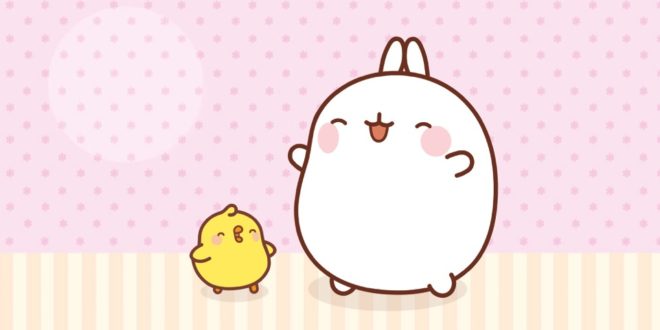 Millimages has secured a raft of new licensing partners for its popular animated IP, Molang, spanning the plush and stationery aisles, as well as apparel, collectibles, and more.

Kicking off the slate, Millimages has tapped NICI to develop new Molang plush ranges to launch across Germany, Spain, Switzerland, and Austria this autumn. The collection will feature not only plush, but plush keyrings and special Molang stationery.

Meanwhile, this year’s fourth quarter will see Molang strengthen its presence in the collectables space with the launch of a new partnership with Panini. The deal will witness the arival of a Molang sticker book, completing a wider collection of books and a Molang magazine. The sticker book will launch in Germany and Spain.

Abysse will have the accessories sector tied-up with the launch of a series of cosmetic cases, acrylic figures, and 2d acrylic key chains, as well as a selection of mugs, all to be released this July. September will then see the launch of a line of Molang phone cases, pins, 2D and 3D keyrings, glasses, cookie jars, notebooks, and pens.

Molang has found recent succes in the publishing sector with the launch of the first Molang magazine earlier this month. A second issue will be released in June and will aim to help teach children about positivity and positive education. It will run a feature on yoga and kids’ meditation.

Across broadcast, Molang has secured new partnerships with a host of European channels, including Rai YoYo in Italy for seasons three and four, Tiny POP in the UK for season four, OCS in France for season three, and Canal Panda in Spain for season three.